We shape the future, while preserving our heritage.
‘Āina is that which nourishes.  It encompasses land, ocean, heavens, land-based water systems, plants and animals.
Aloha ‘Āina is a way of life inherent in Hawaiian practices.

Our multidisciplinary journey will take students through readings, reflections in writing, interviews with kūpuna (elders), creative collaborative projects, problem-solving in math and science, and investigations in their ahupua‘a. Teacher guides, instructional notes, student activity logs, worksheets, pre-post test, and five part inspirational video provide culturally relevant materials for teaching about ahupua‘a land-management systems, and inspiring youth to be future stewards and scientists who will care for the land and preserve traditions.

Introductory Aloha ‘Āina video (in 5 parts, below) sets up the curriculum, letting students take a trip with us to discover the gifts that the ʻāina provides in their ahupuaʻa. It’s a journey of discovery that includes moʻolelo, ʻoli, wonderful music, beautiful places and meaningful relationships between people and the place where they live!

©2007, 2020 All Rights Reserved, The Pacific American Foundation
Educational Use Only, under the limited circumstances of the Fair Use Doctrine.

As a Teacher, Parent or Student, you may print a copy of sections, within reason, of our educational materials for non-commercial use only.  Materials may also be purchased, and donations are accepted by our nonprofit organization, which is another way to support The Pacific American Foundation so that we can continue to produce educational materials and provide services to the community.

Students will be inspired to:
Embrace aloha ‘āina as a way of life
Learn science, math, social studies, and language arts
Care for resources within students’ ahupua‘a

Teachers will notice that the older units were written to meet the benchmarks of the Hawai‘i Content and Performance Standards, (HCPS III), the General Learner Objectives (GLOs), and the cultural guidelines for healthy learning environments of Nā Honua Mauli Ola (NHMO).

How do our wetlands help our community, and how can we Kōkua (Help) to preserve them?

How do Hawaiian practices nurture a healthy relationship to the aina, and how can we give back to the aina today??

Our Ahupuaʻa
Teacher Guide
Student Logs 1 and 2, and Reading

The Case of the Strongest Cord
Teacher Guide
Student Reading, Research, Logs 3 and 4 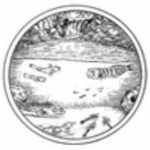 How is lokahi (balance) among native stream plants and animals affected by human activities and what can we do to care for the stream community. 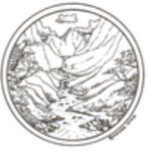 How has technology changed the way we consume and dispose of products, and what can we do to reduce waste and hoʻōla (heal) our ahupua’a?

Where Does All the ʻŌpala Go?
Teacher Guide
Student Worksheets

E Ulu
From Nathaniel H. Emerson
Unwritten Literature of Hawaii: The Sacred Songs of the Hula (1999)

Grow, grow
In the multitude of God
Grow with respect to the forest and sea
Grow with 0hi’a, koa and ‘ie’ie
Inhabit your place O God
Here is the water, the water of life
Life forever!

Kumu hula master and Hawaiian cultural and language expert, John Keola Lake, taught this oli to Kumu Hula Ka’anohi Aipa. In her hālau it is often used a a gathering chant when haumāna enter the forest to collect greenery for costumes or ho’okupu (offerings).  It may also be used when entering the forest for inspiration or guidance.

Here it comes, here comes the Sun
How I love the Sun in the sky
There below is Kawaihoa
On the incline of Kauaʻi
Is Lehua

Peleʻs sister Kapoulakinau danced this hula on the island of Niʻihau. It is considered one of the earliest of hula, a hula kiʻi.

This oli was shared with the Windward Ahupuaʻa Kūpuna by Anakala Kimo Awai of Hilo along with the Hilo districtʻs kūpuna. He also taught its motions. It is both a chant of welcome to the morning Sun in the sky as well as a request for inspiration from Ke Akua, the creation, or our ancestors.

Laka will confer growth on
her caretakers

NOTES:
Other famous places along Kawai Nui can be used in place of [Nā Pōhaku] as appropriate, for example, Holomakani. There is quite a bit of kaona (hidden meaning) and symbolism in this oli that bears explanation:
• ʻalae: the ʻalae is an endangered endemic waterbird of Kawai Nui and in ancient times, the ʻalae symbolized the voice of the chief whose opinion swayed the chiefly council. Some consider the voice of the ʻalae an ill omen but as a kino lau (forms taken by a supernatural body) of Hauwahine, the voice of the ʻalae is an auspicious thing at Kawai Nui!
• māpuna leo: literally translated, it means wafted voice of few words; an apt description of the voice of ʻalae! But “māpuna” also alludes to the life-giving freshwater springs that arise in Kawai Nui.
• polo ʻai: literally means to summon, to invite. It is also a veiled allusion to the famous lepo ʻai ia (edible dirt) of Kawai Nui, one of the ʻai kamahaʻo (surprising foods) of the land.
• Ulupō and Ulumawao lie before and behind you as you chant at Nā Pōhaku, and the play on ulu (growth, inspiration) is quite obvious here.
• neke: an ambiguous reference to two plants of Kawai Nui: a fern, and also a bulrush of the same name. A variant of the name is “neki.”
• niʻo: doorway or sacred threshold, but also highest point, pinnacle, as the stone of Nā Pōhaku are perched on high, overlooking the wetlands
• wahinewai: a veiled reference to Hauwahine, the moʻo-wahine at Kawai Nui
• nihi ka hele: to proceed with careful observance of kapu. Proceeding with care is part of the protocol of respect.
• ʻānapanapa: the ʻānapanapa (soap plant) is an indigenous plant that grows around Nā Pōhaku but also describes the shimmering waters of Kawai Nui. ʻImi ʻIke – Systems and
the Ahupuaʻa